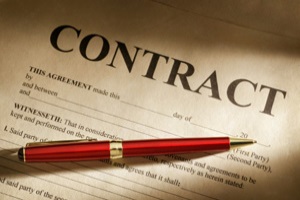 When Benjamin Franklin said, “An ounce of prevention is worth a pound of cure,” he may very well have been referring to the use of contracts in business transactions.

Few people would dispute that the best way to solve a legal problem is to prevent it from occurring in the first place; and preventing problems is one of the primary advantages of using contracts in business transactions. Not only do contracts help determine the appropriate course of action when a dispute does arise, but in many cases they prevent disagreements from occurring in the first place by clarifying what the expectations of the parties are at the outset, and by clearly establishing each party’s rights, duties and obligations.

The following are a few tips to help you effectively use contracts in your business dealings:

The first rule of contracts is that they are only helpful if you use them. While there are some situations when a formal written contract is not needed, there are many more in which one should be used. If you find yourself wondering whether you should be using a contract for a particular transaction, then the answer is probably yes.

Be Aware of What You Are Signing

It is important to review the contract carefully and to make sure you understand all of its terms before you sign it. If the first time you actually read the contract is after a dispute has already arisen, you may be in for an unpleasant surprise.

Beware of the “Standard Form Contract”

With so much information now available on the internet the use of form contracts has become more and more prevalent. Two problems typically arise with form contracts:

Form contracts can be a useful tool, but they must be carefully prepared and their limits must be properly understood and respected or they can cause serious problems.

Any contracts you sign should use the proper legal names of the companies and persons signing them and they must be signed properly. If you are signing a contract on behalf of your company it must be made clear that you are signing in your representative capacity only. This can be done by printing the name of the company above the signature line, and printing your title or representative capacity after your signature.Failing to sign a contract properly can expose you to personal liability.

Establish a calendar or tickler system to remind you of all important contract dates. Contracts often contain numerous deadlines and time constraints, many of which can be surprisingly subtle. It is important not to let a contract deadline inadvertently slip by unnoticed.

You should retain at least one copy of every contract you sign and it should be placed in a filing system (electronic or paper) that allows you to quickly locate it if a question or dispute ever arises. There are few things as frustrating as trying to look up a provision in a contract that you cannot find.

The case of TW Contracting Services, Inc. v. First Farmers Bank & Trust represents a classic example of what can go wrong when the contract is not reviewed carefully and the person signing it is not fully aware of its terms or their implications.

Jack and Carolyn Taylor, and Harland and Delores Wendorf obtained two loans (Loan A and Loan B) for their company, TW Contracting, to build a spec home. The Taylors and Wendorfs each signed personal guaranties for the loan.

Both of these original loans were paid off, but TW Contracting later obtained five more loans (Loans C, D, E, F, and G). When TW Contracting could not repay loans E, F, and G, the bank filed suit against the Taylors and the Wendorfs under their guaranties.

The Taylors and Wendorfs argued that they were not personally liable for the loans because their guaranties only covered Loans A and B, not Loans E, F, and G.

In support of their argument, Mr. Taylor provided an affidavit stating that he did not intend to personally guaranty Loans E, F, and G, that he had informed the bank he was not guaranteeing the subsequent loans, and that he believed that personally guaranteeing any additional loans would require a new set of guaranties.

Despite Mr. Taylor’s assertions, the court held the Taylors and the Wendorfs personally liable for the TW Contracting loans.

The court noted that the guaranties signed by the Taylors and the Wendorfs had clauses specifically stating that they were guaranteeing the payment and performance of “each and every debt, liability and obligation of every type and description which Borrower may now or any time hereafter owe to Lender.”

The court also pointed out that the guaranties contained clauses stating that:

While Mr. Taylor may have truly intended to guaranty only Loans A and B, the court looked to the actual language of the guaranty to determine what his true liability was. The court found that the language in the contract was not vague, and that the Taylors and Wendorfs had entered into “unmistakable, very expansive guaranties.” The plain language of the guaranties made the Taylors and Wendorfs personally responsible for unlimited, ongoing liabilities of TW Contracting.

One thing to notice in this case was that the guaranties in this case contained a subtle type of deadline. The guaranties were to be ongoing until the Taylors or Wendorfs affirmatively terminated them by providing written notice to the bank. Any time a contract contains an unlimited, ongoing obligation or liability it should raise a red flag, and some type of system should be put in place to ensure that the contract or situation is monitored and periodically reviewed.

Contracts are a vital part of many transactions and, when properly used, can prevent disputes and costly legal problems. Unfortunately, after spending considerable effort to come to agreeable terms, the preparation of the actual contract is often treated as a ‘mere detail’. The wise manager or  business owner understands that the time spent making sure a contract is carefully prepared and properly executed can prevent significant (and costly) problems down the road.